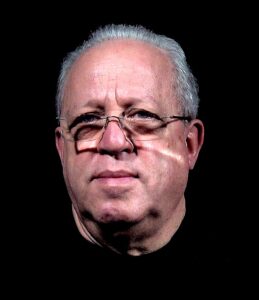 Lucio Matarazzo (Avellino, 31 July 1956) is one of the most appreciated and internationally known Italian teachers. He studied with Eduardo Caliendo at the “Cimarosa” Conservatory in Avellino, where he graduated “summa cum laude”. He later completed his training with Oscar Ghiglia, José Tomás and, for many years, with Angelo Gilardino at the “Perosi” Academy in Biella. He has been playing for 20 years as a member of the extraordinary guitar duo Fragnito-Matarazzo, releasing works by Dodgson, Piazzolla, Castelnuovo-Tedesco, Ruiz-Pipò, Farkas, 5 CDs and 2 LPs. His solo monographic CDs with works by Carcassi, Legnani and Giuliani have had a worldwide success and are a reference in the interpretations of these authors. Lucio Matarazzo was a founding member of the GuitArt Quartet and has premiered concerts with orchestra dedicated to the GQ, such as the Concierto Italico and the Gismontiana by L.Brouwer, the Italian Concerto by A.Gilardino and the Rhapsodic Concerto by G.Drozd. With the GQ he recorded some CDs and made, with L.Brouwer, the DVD video “Diario Italico” including the world premiere of Concierto Italico, directed by the author. He also played for three years with the famous virtuoso Aniello Desiderio, recording a CD for Brilliant Classics with the world premiere of the Sepeithos Concerto for two guitars and orchestra and the Sonatina for two guitars dedicated to their VirtuosoDuo by A.Gilardino. He directs the editorial series “Classics of historical teaching for guitar” for Ut Orpheus, which has reached its 23rd volume. He founded and directs the online magazine DotGuitar.it and the DotGuitar / CD record label with a catalog of over 150 CDs dedicated to the guitar. “The performance … is excellent … He demonstrates that if you take a piece of well-tailored music and apply the ordinary rules of musical performance to it, as any pianist would do, the result is magic” Colin Cooper – Classical Guitar 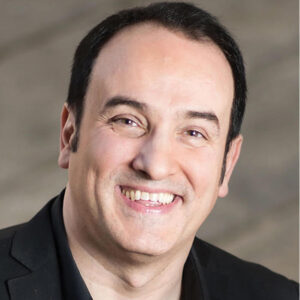 Giulio Tampalini (Brescia, Italy 19 November 1971) in 2014 received the Arts and Culture Award in Milan. He is considered by critics to be one of the most innovative and charismatic interpreters of the music scene. After graduating with honors at the Conservatory of Cuneo, he won the major international guitar awards, the Sanremo “Yepes” competition, the “Sor” in Rome, twice the Rome International Music Competition, the “De Bonis” ”Of Cosenza. He won two gold guitars for the best album: in 2003 with Tárrega: Complete works for guitar and in 2018 for the Castelnuovo-Tedesco album: Complete Works for Soprano and Guitar. He performs in Europe, Asia and the United States as a soloist and with orchestra. In his impressive record production there are CDs dedicated to the Italian twentieth century, the complete work for solo guitar by Castelnuovo-Tedesco, Rodrigo’s Concierto de Aranjuez, a monograph on Gilardino, Giuliani’s Six Rossini, Concerto n. 1, the Quintet and Romancero Gitano of Castelnuovo-Tedesco and four integrals: Tárrega, Llobet, Matiegka and Villa-Lobos. With Giovanni Podera he is curator of the series “The Masters of the Guitar” (Curci Editions). He is a guitar professor at the Foundation Imola International Academy “Incontri con il Maestro”, director of the International Guitar Academy of Brescia, he holds very popular masterclasses in Italy, Europe, Asia and America. He’s a D’Addario Artist and he plays guitars made by Philip Woodfield.